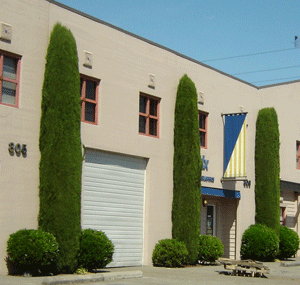 Does penis turn you on? (It’s okay, you can admit it… to us.) Do you find yourself thinking about, visualizing, or  fantasizing about them (or one in particular), either a lot, or just a little? Maybe you spend time seeking out the male member in online or other forms of pornography. Maybe you’re considering having a physical, sexual encounter with one in real life (and we don’t mean just your own). Maybe you already have. Maybe it was recently, maybe it was from long ago… perhaps in your childhood, be it friendly or sensual, and now you’re thinking about it again.  Maybe you’re considering looking but not touching…or maybe more.

Maybe sex isn’t even a part of it… perhaps you are simply fascinated by another man’s member, for reasons which aren’t just about lust.  Think about all the phallic objects in the world—from cannons to columns, skyscrapers to obelisks—most of it manmade, and you might realize how many other guys through history have had a bit of a penis fetish.

Either way, in today’s world, even with increasing tolerance for homosexuality, bisexuality, and a healthy sexual curiosity, the same sex attraction to a penis is still stigmatized by a cultural subtext that labels it “deviant.” Even labeling things as simplistically as “gay” or “straight” can actually serve to diminish our understanding, not to mention our pleasure.  The truth may be that human sexuality is nuanced, varied, and runs a wide gamut, taking on an infinite variety of forms. But “truth” and “reality” don’t always coincide. So you may find it challenging—to say the least–to work out your feelings or desires, realized or not, when it comes to your interest in penises.

Think about how many guys engaged in games that involved comparing members as little kids. Many go further… touching, playing and performing with them…after all, with a healthy curiosity comes a curiosity about sex, and our bodies. For some, the curiosity was just that. For others, it led to deeper, more long lasting feelings and desires. Now, after some time, maybe you still feel the need to satisfy some unfulfilled urge. Perhaps you want to know how to do this in your life, or maybe you want to gain control over those desires or just work out very confused feelings.

Over all, you just might need to talk with someone who understands and can help you sort out your feelings. Simply trying to repress these feelings can lead to your brain frying, as evidenced by all the closet “homosexuals” recently emerging in the harsh glare of the media from, say, the Republican Party, or the priesthood of the Catholic Church. All the inordinate time spent hypocritically railing against and oppressing feelings that are quite normal can lead to those unexpressed needs and wants festering and mutating until they cause real damage and pain… hence all the scandals that plague many of our most venerated institutions.

But back to you.  Do you need to talk about this?  Whether you’re looking for serious therapy or a hot phone sex experience, you can talk to us.  In our work, we’ve talked to thousands of people of all kinds in different situations from many different places and cultures around the world—all strictly confidential.  We wouldn’t say we’ve “heard it all,” but we’ve heard a LOT. We don’t judge you. We help you.  If you don’t feel “normal”, if you need advice, or just want to express yourself, you can call us anytime.  Don’t be embarrassed.  You’d be amazed at the number of seemingly “mainstream” people who have hidden desires like this under the surface. Even if you’ve never really talked about this before, you’ll be amazed at how easy it is to talk with us, and how good you’ll feel when you do. Call the Dr. Susan Block Institute at 213.291.9497. We’re open 24/7, and we’re here for you.