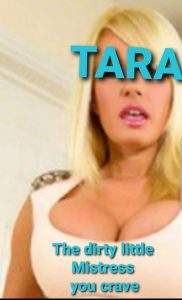 We can talk about anything together, without holding anything back. (Also available for Talk Therapy & SexLife Advice) 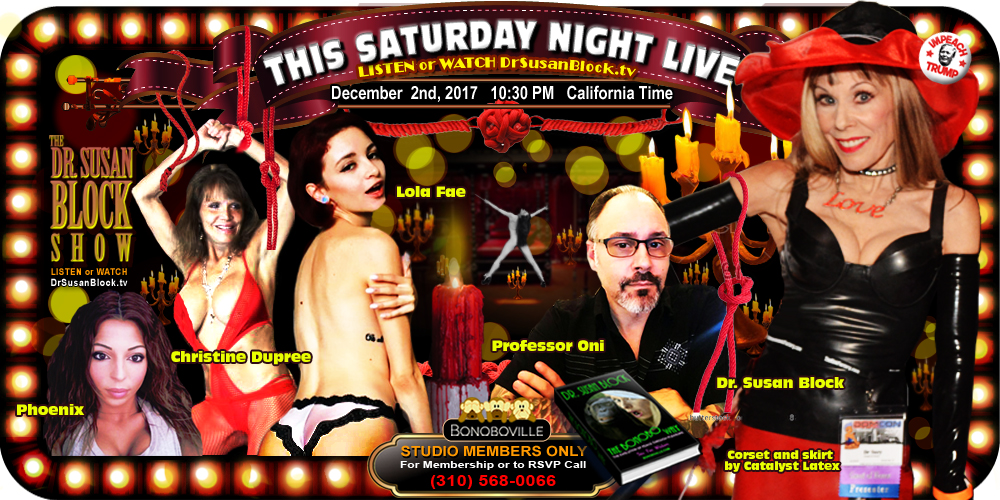 “Bedroom Bondage” will broadcast LiVE from Bonoboville on The Dr. Susan Block Show this Saturday night, December 2, 2017, 10:30pm-Midnight PST. It can be viewed on DrSuzy.Tv or in Bonoboville where you can also chat live in the Bonoboville Studio. This show and all past shows can be viewed in archives on DrSuzy.Tv and can be heard free on DrSusanBlock.com.

GET THE BONOBO WAY 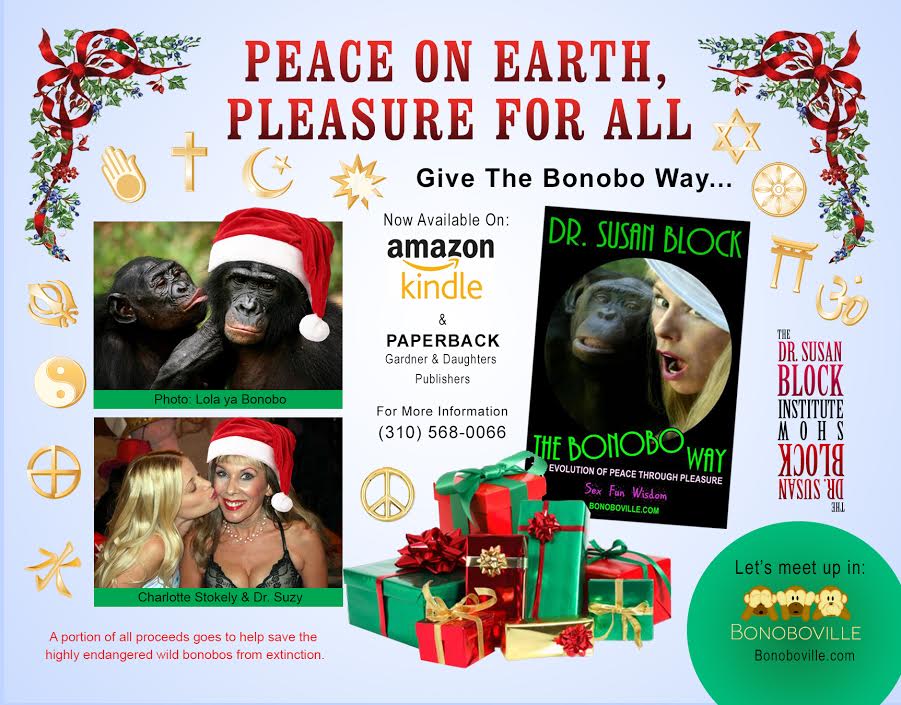 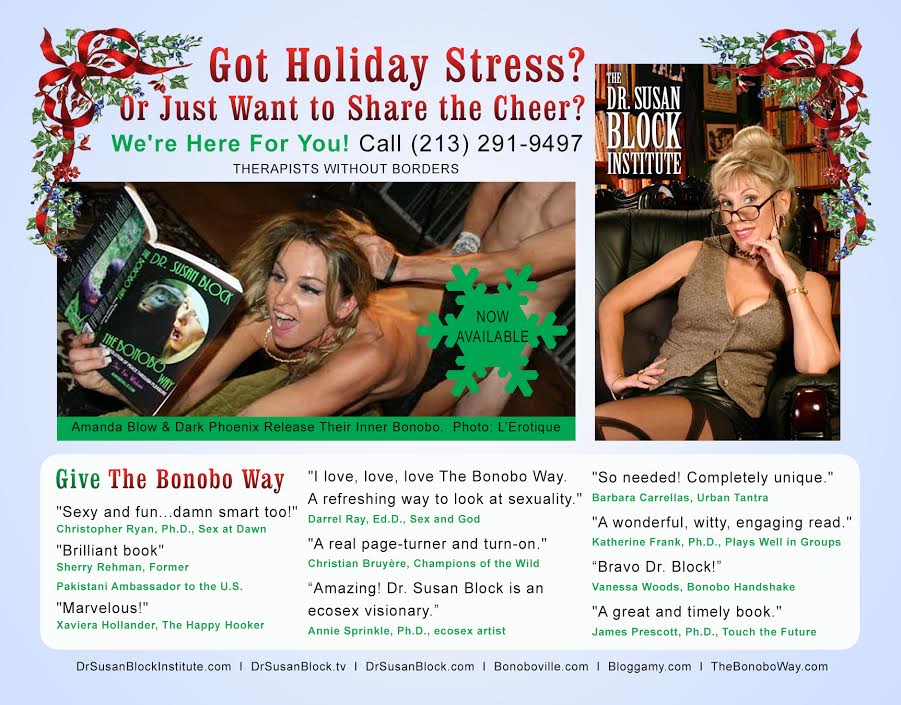 Freedom is the greatest aphrodisiac, but restraint is a close second.

Do you like to be tied up by a Dominant Mistress or Master? Do you enjoy erotic bondage, handcuffs, shackles, ropes, collars, straightjackets, spreader bars, harnesses or four of “Christian’s” grey silk ties fastened securely around your wrists and ankles? How about being blindfolded, hooded, muzzled, dominated, restrained by a ball gag, locked up in a chastity belt, strapped down to a medical examination table, put into a posture collar, led around on a leash, shut up in a cage, zipped into a sleep sack, suspended from the ceiling, put into a sling, turned into a piece of human art with beautiful Japanese Shibari rope work, tied spread-eagle to a four-poster bed or latched onto a St. Andrews’s Cross while being spanked or flogged?  Do you get aroused by bondage—in fantasy or reality… or perhaps a bit of both?

Though many erotica and bondage experts don’t appreciate the superficial and sometimes wrongheaded style of 50 Shades of Grey, the huge worldwide popularity of the 50 Shades books and films, has given bondage a new level of acceptance and respectability, both in mainstream society and in the media.

In bondage (even consensual bondage), the submissive is “forced” to surrender.

This creates some very interesting sexual dynamics. The ancient Taoist masters say, “In yielding, there is strength.” In surrender, there can be power. Many strong men fantasize about surrender, about being a sex object–being seduced, spanked, pegged, ravished, even raped–“forced” to perform various sexual acts, often while in some sort of restraint.

Considering how many ladies balk at being considered sex objects (though many enjoy it too), this may sound silly to some women, but lots of men crave it, within certain boundaries, of course. Some men find that being dominated, especially when tied up, actually removes performance anxiety. After all, if you can’t move, you can’t perform, so what’s there to be anxious about?

Some guys love to struggle against their restraints, building a rush of adrenaline, then surrendering to ecstasy. It’s a form of athletic eroticism that many great athletes adore. After a big win on the football field or basketball court, they relax by “losing” to a sexy Mistress or Master who puts them in bondage and dominates them into blissfulness.

Of course, many women (and men) are frightened by a man’s submissive desires. They are afraid that because he craves surrender, he is not much of a man. They think he must be some kind of wimp or weirdo, which is one reason that many men find it difficult, if not impossible to talk about their desires for bondage or submission with the women they love.

In reality, it’s mostly high-powered men who yearn to surrender sexually.  Perhaps this is because nature seeks a balance, but many successful businessmen, weary of their responsibilities and stresses, long to be infantilized, objectified, taken advantage of, to surrender control for a brief period in their day or heavy work week, a vacation from responsibility, a chance to be a little boy again, or maybe a girl.

Many submissives just want someone sexy to push them into doing things they’re afraid to do on their own. Some find that fear increases arousal. A little fear enhances sex like a little seasoning spices your meal, but remember… too much spice spoils the meat.

Some like to be spanked. Sometimes, though not always, this is because they were spanked as children. Partly because our society is so negative about sex, many people—men and women–fantasize about being punished, or forced against their will to have sex, often involving some kind of bondage. That way, they don’t feel so responsible and can just relax and enjoy the sensations. Now, of course, just because someone has a rape fantasy does not mean they really want to be raped. Nobody really wants to be raped. But lots of people fantasize about it. And consensual bondage provides a plausible, relatively safe “setting” for such a fantasy.

A word to the wise: Learn what you’re doing before you do too much! Read books on the subject of your interest, take a class and/or study under a knowledgeable Master or Mistress.

What if your desires are more dominant? As long as your real-life activity is “safe, sane and consensual,” there’s nothing wrong with expressing your Dominant desires. But the requirement to learn what you’re doing–whether you’re putting your slave in bondage or getting her or him out of it very quickly in an emergency–is even more important when you want to dominate.Keep in mind that it may seem like the dominant partner is in control, but it should be that the submissive’s threshold of pain that is the determining factor.