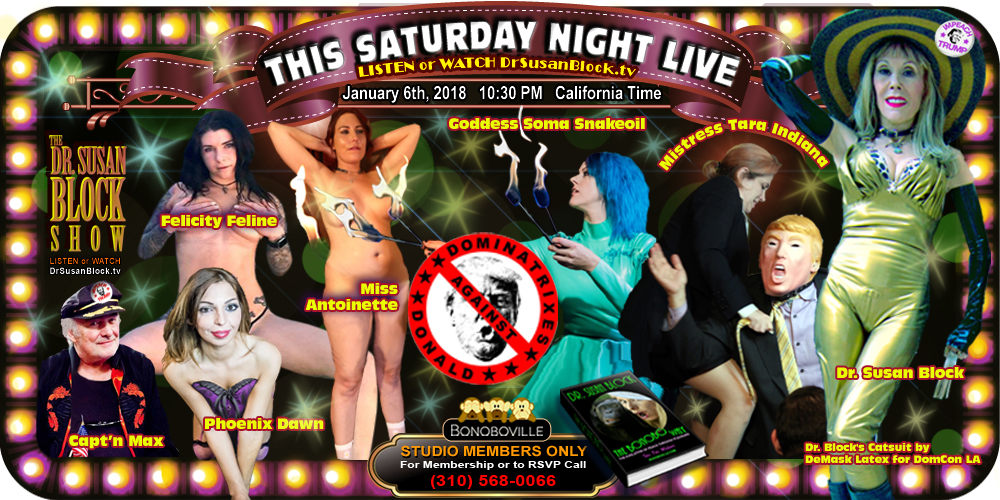 “Dominatrixes Against Donald Trump on DrSuzy-Tv” will broadcast LiVE from Bonoboville on The Dr. Susan Block Show this Saturday night, January 6, 2018, 10:30pm-Midnight PST. It can be viewed on DrSuzy.Tv or in Bonoboville where you can also chat live in the Bonoboville Studio. This show and all past shows can be viewed in archives on DrSuzy.Tv and can be heard free on DrSusanBlock.com.

GIVE THE BONOBO WAY FOR VALENTINE’S DAY