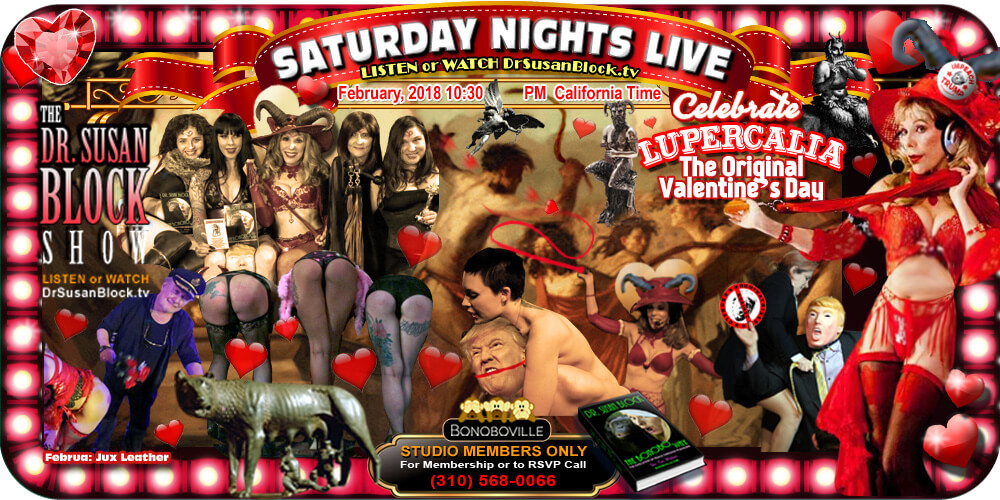 “D,/A.D. Redux” will broadcast LiVE from Bonoboville on The Dr. Susan Block Show this Saturday night, February 3rd, 2018, 10:30pm-Midnight PST. It can be viewed on DrSuzy.Tv or in Bonoboville where you can also chat live in the Bonoboville Studio. This show and all past shows can be viewed in archives on DrSuzy.Tv and can be heard free on DrSusanBlock.com.

Call-In During the Live Broadcast: 1.866.289.7068. Tweet comments and questions to @RadioSUZY1 and @DrSuzy. Listen Free or Watch the live show at DrSusanBlock.Tv.

GIVE THE BONOBO WAY FOR VALENTINE’S DAY 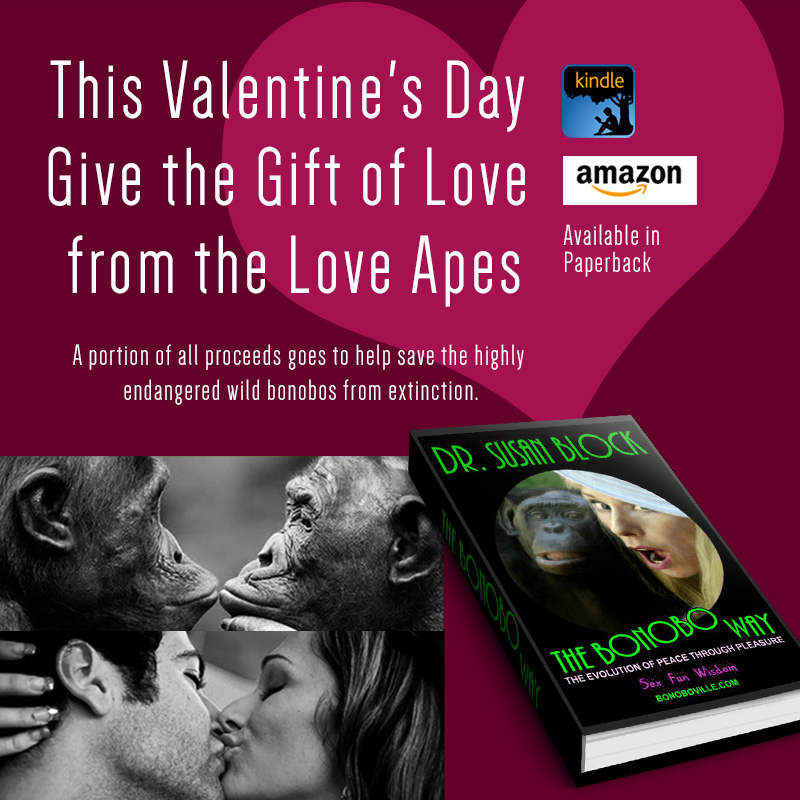